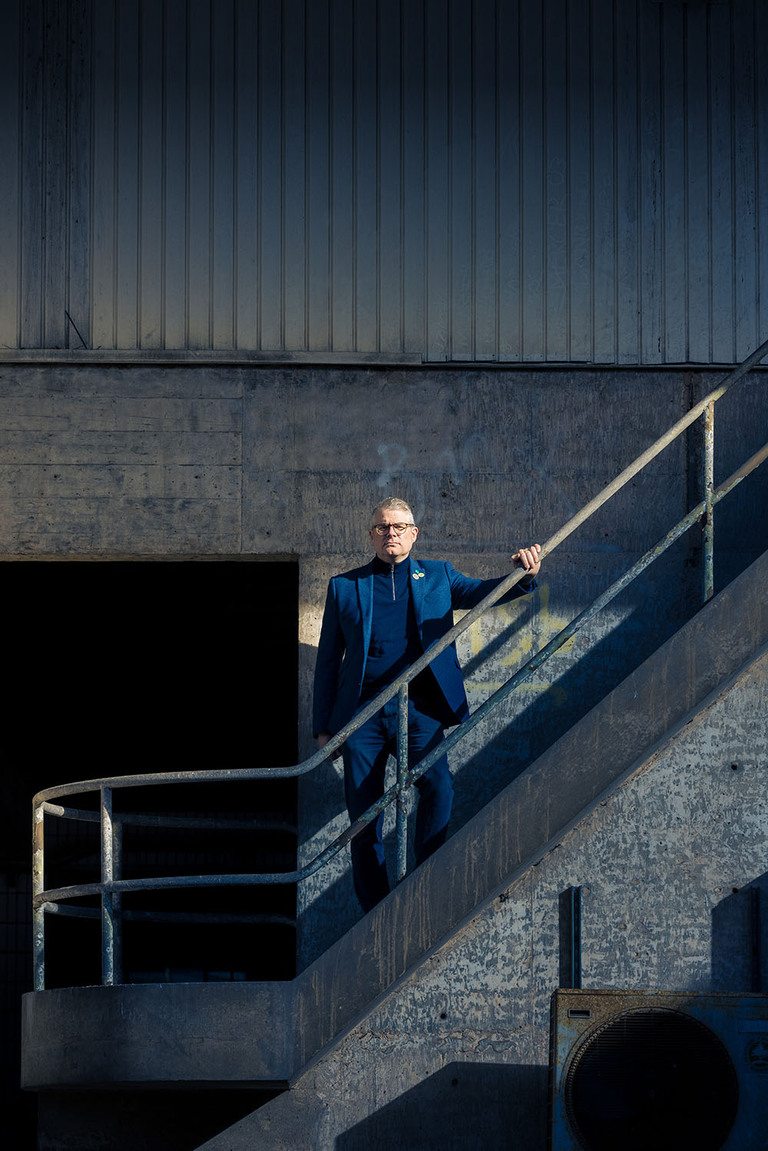 Gordon Chapman-Fox was born in the 1970s and spent his childhood re-enacting Star Wars to the sounds of Jean-Michel Jarre against the backdrop of the last gasp of the space-race. Gordon has been making electronic music since 2003 under various names and labels. Warrington-Runcorn New Town Development Plan is his latest project.

Warrington-Runcorn New Town Development Plan has seen two albums released to critical and popular acclaim under the much respected Castles In Space imprint. The first album, “Interim Report, March 1979” was released in February 2021, and made the Top 20 of Electronic Sound magazine’s albums of the year.

A third album, Districts, Roads, Open Space will be released in October 2022. A fourth album and EP have been completed and should arrive in early 2023.

For a comprehensive overview of Gordon’s music and soundtrack work, please visit chapmanfox.xyz